I spent my winter vacation rolling my suitcase across northern Kyushu (Nagasaki, Oita, and Fukuoka), sailing to Busan, and eventually spending a short time  in Taipei. The trip was well deserved as December was definitely stressful: the first time making and grading exams for two hundred students, triple checking my decision to re-contract, and overwhelming reflection on the year in all its twists and turns.

When I planned my trip back in October, I was really nervous about travelling during the holidays. Although solo travel comes almost second nature to me, I was hesitant about being alone. Maybe I’ve reached a point where I genuinely enjoy my own company, as it turned out to be a lovely trip and not as lonely as I thought.

I stayed with an elderly couple, on a hilltop. Their house had a scent that reminded me of my own grandparent’s home. With this being my first winter experiencing the drab cold of my Japanese apartment, it was nice to have a slight change in weather. In the mornings I lay snug in the futon. The couple made me breakfast of pizza toast, which I eventually learned how to make. 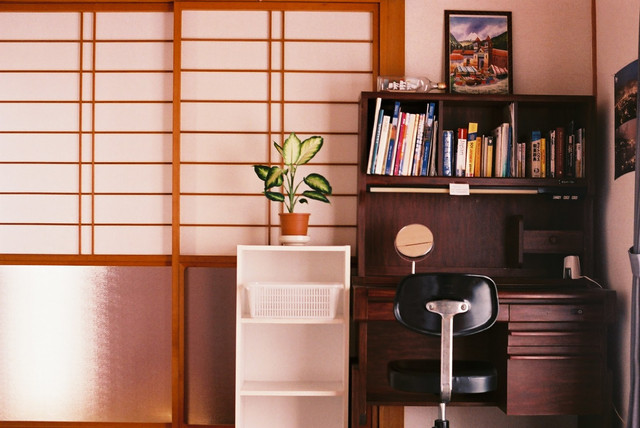 The next day, I explored Nagasaki. I had never been, although it was actually one of my placement requests, because of its warmer weather, and also for its cultural history of Dutch and Chinese influences, as it was the only port that was open to foreigners pre-Meiji era. 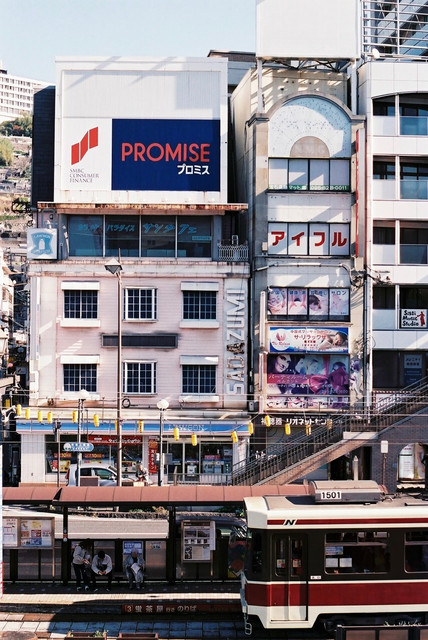 The highlight of my trip was the Oura Cathedral.  Having gone to Catholic school for most of my life, it was interesting to re enter a church (especially after only going to Shrines) and learn about the history of Christianity in Nagasaki. Even more fascinating were the hidden churches in the Nagasaki Islands. I spent most of my Christmas Eve on a train. I packed my pink suitcase and headed east, to Yufuin, a small town. I passed through Saga prefecture, seeing farm fields. The ride to Fukuoka was super bumpy  and at one point I almost fell from my seat! It was very scenic, though . Eventually I transferred trains in Fukuoka, for the train to Yufuin. 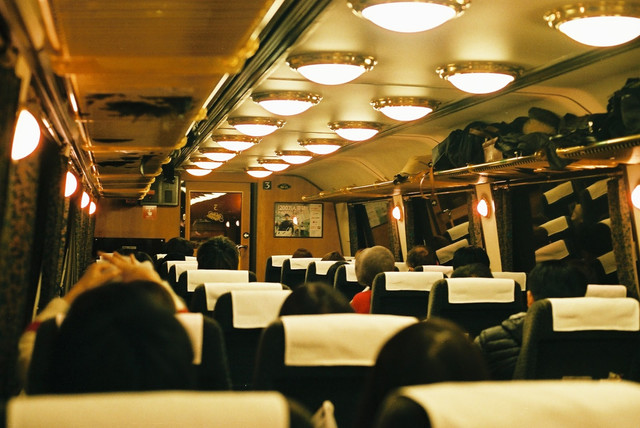 On the train to Yufuin, I felt like I was on the polar express. A light green train, with wooden walls and green felt seats inside. The four and a half hour ride felt blissful: The scenery changed from bare fields to mountains and forests.

I stepped out of the train, facing the gaze of a maroon tinted volcano: Mount Yufu. From Yuifin, I took the train to Beppu to celebrate Christmas.
I bought a box of fried chicken and watched the fireworks, listening to Mariah Carey’s “All I want for Christmas”. Later in the night I dipped into my Airbnb’s open air bath, while everyone else in the house was asleep. I came to truly understand what people mean by “Japan is the land of four seasons” on this trip. On Christmas morning, I woke up to the sight of snow outside. It was a joyous beginning to my Christmas. I ate breakfast, then headed off to Yufuin Station to leave my luggage in a locker for the day. That’s one of the best aspects of traveling in Japan: the availability and safety of luggage lockers. While waiting for the bus, I ate some obligatory Christmas cake. Similar to the fried chicken the night before, I wasn’t the biggest fan.
I went to the Hells of Beppu, seeing clouds of onsen smoke as I approached. The Hells of Beppu consist of seven hot springs that are so hot you can’t swim in them. Instead, they are sightseeing spots. With the theme of hell, there are sculptures of demons and other creatures. It reminded me of Jurassic park. From afar it smells like eggs and up close, the smoke engulfs you, filling your lungs with steam. I enjoyed my short time there, eating the steamed snacks and dunking my feet in the nearby foot-baths.

At the end of the day, I rode the train again, this time heading to Kurume, Fukuoka for the night. I stayed with a sweet family, whom I ate dinner with. I stayed in a cozy spare room whose rustiness reminded me of my own teacher’s apartment.

I had a lot of bad luck on my way to Taipei from Busan. First, my flight got delayed, and then I had an unfortunate Airbnb experience: my host cancelled on me just as I arrived at Taoyuan Airport. Luckily, I was able to stay at my friend’s house for the duration of my stay.

By the time I was in Taipei, all my travelling mileage had finally kicked in: I felt exhausted. But luckily, in spite of the rain, I came to the right place: the land of bubble tea and night markets. For three days, I slept in a lot, drank bubble tea to my heart’s content, and went to night markets. I also saw a fortune teller at Longshan temple. I reconnected with old friends. I went to Taipei 101 with one of them for New Years, although we were both super tired. For the first time, I did the countdown in Mandarin, which surprisingly was difficult to do backwards. Sadly, I realized during my stay, how much Mandarin I had already forgotten since my time studying abroad in Taiwan.

During my stay, déjà vu hit me like a ton of bricks. To see the same university I studied at (but with even more bubble tea places), walking the streets I had once biked with the same smells, I felt welcomed back.

All in all, my trip was rejuvenating. My trip reinforced one of the main reasons I wanted to stay on JET: to travel. In two weeks, I saw parts of Japan that had an entirely different atmosphere to my placement in Shizuoka. Despite being alone, interactions both new and old felt borderless. I arrived home in the golden hour, ready for the new year. The Circle of (JET) Life The Other Side of Regret: Thoughts on Leaving Japan